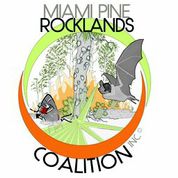 May 20, 2015 – Miami, Florida – The Miami Pine Rocklands Coalition, a broad coalition of scientists, elected officials, business leaders, and environmentalists, met this week and elected a Board of Directors in their continuing efforts to protect the environmentally sensitive Richmond Pine Rocklands, from out of town developers hoping to bulldoze and pave it over for proposed Commercial, Residential and Theme Park Developments.

The new Board of Directors is as follows:

President Al Sunshine: Retired Investigative Reporter and Digital Journalist who celebrated 40 years in local and network broadcasting based out of South Florida.

Secretary Zac Cosner: UM student, former Eagle Scout and Volunteer with the Tropical Audubon Society, who has made notable contributions to the Coalition.

Al Sunshine said, “ The Coalition has already successfully blocked declaring the globally imperiled habitat a “blighted slum”, by helping make the community aware that much of the Richmond Pine Rocklands Federally Protected under the US Endangered Species Act as home to more than a dozen rare and endangered plant and animal species.  This election sends a clear message to the developers that the community does not want these projects and the Miami Pine Rocklands Coalition is organized, galvanized, and committed to preserving the entire tract.”

The group’s efforts have resulted in Miami Dade County requesting a voluntary halt to the proposed “Coral Reef Commons” development. Several key Miami Dade Lawmakers including Mayor Carlos Gimenez have asked the Governor and the State Legislature to acquire the critically endangered habitat through “Amendment 1” funding.

The Miami Pine Rocklands Coalition, a Registered Florida Non-Profit Corporation, includes partnerships with several Local and National Environmental Groups including the Tropical Audubon Society, Center for Biodiversity, Sierra Club-Miami Unit and South Florida Wildlands Association. Its’ partners have initiated several petitions with an estimated 90,000 signatures nationally calling for the Richmond Pine Rocklands to be preserved and restored for future generations to enjoy.